As a Python programmer, what I like most about Python, is its high readability. In fact, a high level of readability is at the core of the Python language. Guido van Rossum, the inventor of the language, insists that a developer spends more time reading code than writing it. Readability counts ! and style matters because it affects readability.

I. What is PEP

Python was created by Guido van Rossum, grew and evolved thanks to its community. Each improvement proposal is public and published on the Python website. They are known as Python Enhancement Proposal and each bear a number. Some are accepted, others postponed, but all are open to debate.

We will see some key points which are essential but we will not detail PEP 8. Why ? First of all because it is very well explained on the site! But also because I would like to attract your attention to a few key points, essential to know.

PEP 8 aims to define common development rules between developers. Your code follows a certain syntax and layout. You already know: indentation has the most importance in this language!

PEP 8 conventions apply as the project develops. However, it is interesting to carry out a search from time to time (before a commit for example) to detect the few crashes that could slip. The more you code, the more you will know it by heart and therefore the less you will need to look at it!

Your code follows a certain syntax and layout, here are some important rules:

A docstring is a set of words that documents a piece of code. It begins with three opening quotes, the comment you want to make, then three closing quotes.

According to PEP 8, each part of your code should contain a Docstring:

The import of a library must be quick to detect. It is also important to clearly differentiate the source of the libraries: standard, external or local.

3. Whitespace in the instructions

The spaces follow the Anglo-Saxon syntax. More generally, it focuses on readability while removing whitespaces.

This is an essential point, here are the highlights :

In the previous section you discovered PEP 8 which is the style guide for writing quality code in Python. This PEP intimately linked to PEP 20, these are 19 verses written by Tim Peters and reflecting the philosophy of Python. You can think of them as guides to conduct that help you write better code and understand the mindset of language:

Nothing like practice to understand what these aphorisms imply!

Here are the first two:

Beautiful is better than ugly

Explicit is better than implicit

here are examples using aphorisms, discover them all here

Am I supposed to review my code from top to bottom manually or there is a tool can do it for me ?

Yes ! You are supposed to review your code, but doing it manually, it's tedious and time consuming. Several code analysis solutions exist to make your work easier ! Let me introduce you to one: Pylint.

It's highly configurable, having special pragmas to control its errors and warnings from within your code, as well as from an extensive configuration file. It is also possible to write your own plugins for adding your own checks or for extending pylint in one way or another.

When Pylint is installed, start the analysis by typing:

Here is the result of his analysis:

Ouch! -5.00 / 10 ... We have a bad quality code here ! Indeed, there is a missing final newline,  no Docstring and unused import. Let's fix that and relaunch Pylint.

PEP 8 is a very important set of rules but which can be broken in certain specific contexts. Just remember that it guarantees a readable and quality code that improves collaboration between developers.

Okay ! so far so good, but I want to force my commits to respect PEP8 before any git-commit?

At any startup, commits are pushed frequently through various projects and merge requests are created daily, now can you imagine reviewing all this ?! what about maintaining code quality standards ? All of this presents a huge challenge for developers.

Making developers correct their code format or telling them to make changes to follow PEP 8 standards is frustrating* (as our Head of engineering, Mohammed aboulliate says).

Now, Let me introduce you to your tool for style guide enforcement : flake8 and black for code formatting

You can also do this with Pylint ! I decided to show you other tools, so that we don't limit ourselves with just one tool

flake8 is a command-line utility for enforcing style consistency with respect to PEP 8 across Python projects and it will also run third-party extensions if they are found and installed. In the other hand, black is a python code formatter. We will also need pre-commit python framework which is a multi-language package manager for pre-commit hooks. You specify a list of hooks you want and pre-commit manages the installation and execution of any hook written in any language before every commit.

Before we commit our staged python files, black will format our code and flake8 will check compliance to PEP8. If everything passes, the commit is made. If not, then we must perform the necessary edits and commit again.

3- Define .pre-commit-config.yaml with the hooks you want to include.

The YAML file configures the sources where the hooks will be taken from. We need to define where to source black & flake8 and we need to specify their ids using few lines of code.

Below is a sample .pre-commit-config.yaml :

Now that we have a pre-commit framework set-up with black and flake8, let’s see it's gonna perform :

Now as you try to commit your code it will show you all coding style issues. You will only be able to commit until code is pep8 compliant.

Wait a moment ! should I use Pylint or flake8?

When comparing Pylint vs flake8, Developers recommend Pylint for most people. Pylint is ranked 1st while flake8 is ranked 2nd. The most important reason people chose Pylint is:

Pylint gives very detailed reports of your code. It also provides detailed statistics about the results. Data for the previous and current code execution is also available with the difference, allowing you to easily see the progress that you have made. See more here

Do not let these verses prevent you of learning Python. But, keep in mind that is easier to learn something right the first time compared to breaking a bad habit.

Many of us has used to work with webpack, parcel,... but they don't know the magic behind, by understanding we will be able to make a better design decision about our code . 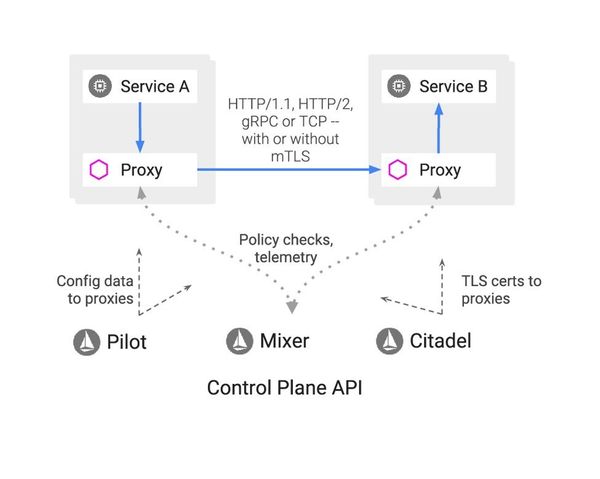 As you know on microservice architecture, each service is now built and deployed independently, by small teams, that are flexible to choose their own tools and coding languages. How Microservices