JDK 9 reached General Availability on 21 September 2017, and it comes with a list of new and revised features, methods, and other elements.

In the following post we take a deeper look into JEP 266, go over the improvements it has to offer. So let's start ;)

When Reactive Streams started their work, following the path established by the Reactive Manifesto, they indicated that their aim was to provide "a standard for asynchronous stream processing with non-blocking back pressure". The main challenge, however, wasn't to find a solution, in particular since there were already a number of them out there. The challenge was to coalesce the different existing patterns into a common one to maximise interoperability. More precisely, the objective of Reactive Streams was “to find a minimal set of interfaces, methods and protocols that will describe the necessary operations and entities to achieve the goal—asynchronous streams of data with non-blocking back pressure”.

The concept of "back pressure" is key. When an asynchronous consumer subscribes to receive messages from a producer, it will typically provide some form of callback method to be invoked whenever a new message becomes available. If the producer emits messages at a higher rate than the consumer can handle, the consumer could be forced to seize an increasing amount of resources and potentially crash. In order to prevent this, a mechanism is needed by which consumers can notify producers that the message rate needs to be reduced. Producers can then adopt one of multiple strategies to achieve this. This mechanism is called back pressure.

Blocking back pressure is easy to achieve. If, for instance, producer and consumer are running under the same thread, the execution of one will block the execution of the other. This means that, while the consumer is being executed, the producer cannot emit any new messages, and therefore a natural way to balance input and output occurs. However, there are scenarios where blocking back pressure is undesirable (for instance when a producer has multiple consumers, not all of them consuming messages at the same rate) or simply unattainable (for instance when consumer and producer run in different environments). In these cases it is necessary that the back pressure mechanism works in a non-blocking way.

The Flow APIs in JDK 9 correspond to the Reactive Streams Specification, which is a defacto standard. JEP 266 contains a minimal set of interfaces that capture the heart of asynchronous publication and subscription. The hope is that in the future 3rd parties will implement them and thus convene on a shared set of types.

And here they are:

Produces items for subscribers to consume. The only method is subscribe(Subscriber), whose purpose should be obvious.

Subscribes to publishers (usually only one) to receive items (via method onNext(T)), error messages (onError(Throwable)), or a signal that no more items are to be expected (onComplete()). Before any of those things happen, though, the publisher calls onSubscription(Subscription).

The flow is as follows:

All of this is pretty straight forward, maybe with the exception of Subscription::request. Why would the subscriber need to do that? This is the implementation of back pressure explained above ;)

The basic idea is to make use of Reactive Streams to stream tweets from a Twitter search. For that will use the well known Twitter4J library.

First off, we need to implement a Publisher and a Subscriber.

The Subscriber should implement the Flow.Subscriber interface and override three main methods:

This is pretty much self-explanatory. The interesting part is the onNext method, where I instantiate a tweet object and print it. The 1s sleep is to simulate some very expensive computing (and for readability purposes).

Let's take a look at our publisher before exploring it piece by piece:

The setup method configure and instantiate out Twitter and Query instance.

Next, I define a Scheduler to run every 5 seconds a search on Twitter for the query. tweetCache Map plays the role of a cache to prevent from printing same tweet twice.

The subscribe method takes a Flow.Subscriber and subscribes it to the SubmissionPublisher.

Ton run it locally, you need to create a twitter app and add the secrets in application.properties file. 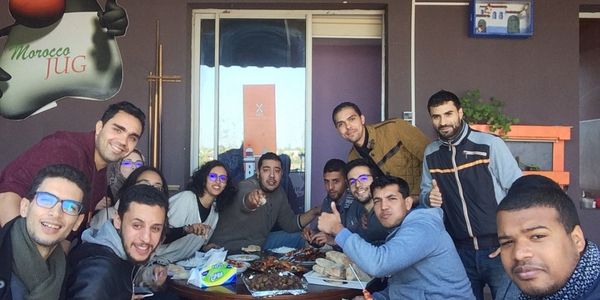 Culture does not change because we desire to change it. Culture changes when the organization is transformed; the culture reflects the realities of people working together every day. Frances Hesselbein